More than 50 people showed up on Sunday 13th January 2019 for the Nicola Nordic Ski Club’s annual Chili Sunday. Despite the fairly sparse snowfall in the past week, the Kane Valley trails were groomed and skiing was good. Many people were also snowshoeing on the designated snowshoe trails. With glorious blue skies and sunshine it was a great day to be out in the woods – and at the P2 shelter to enjoy communal chili, hotdogs, Brambles Bakery buns and much more. A great time to catch up with old friends and make new ones. 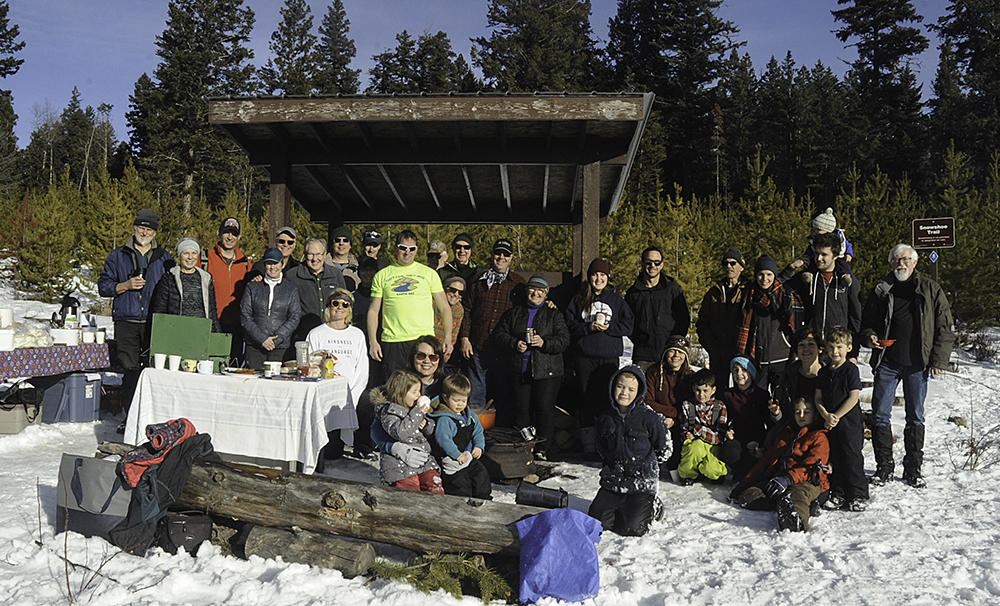 The skiers included those with lots of experience …… 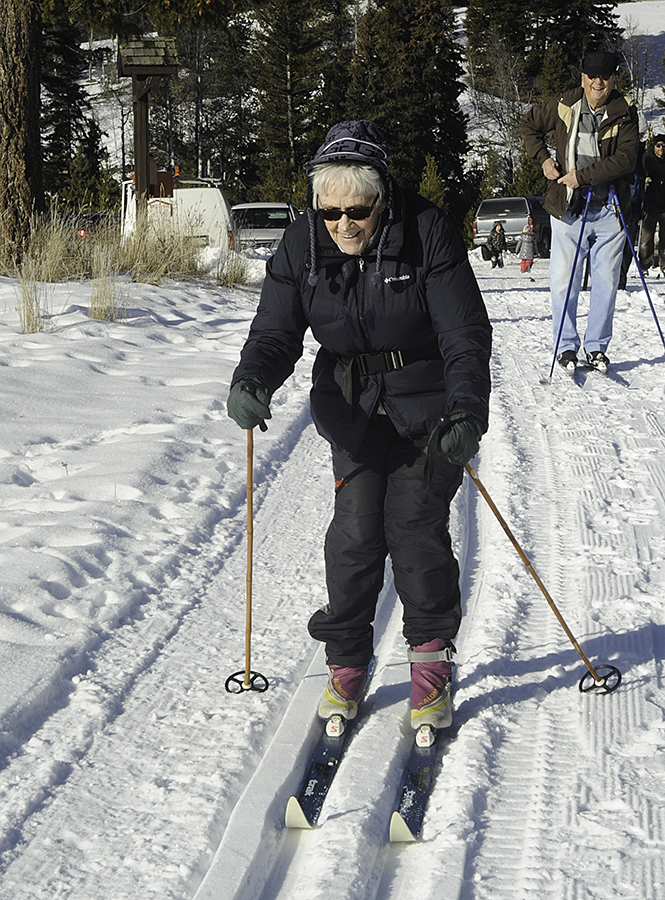 … and those with somewhat less experience …. 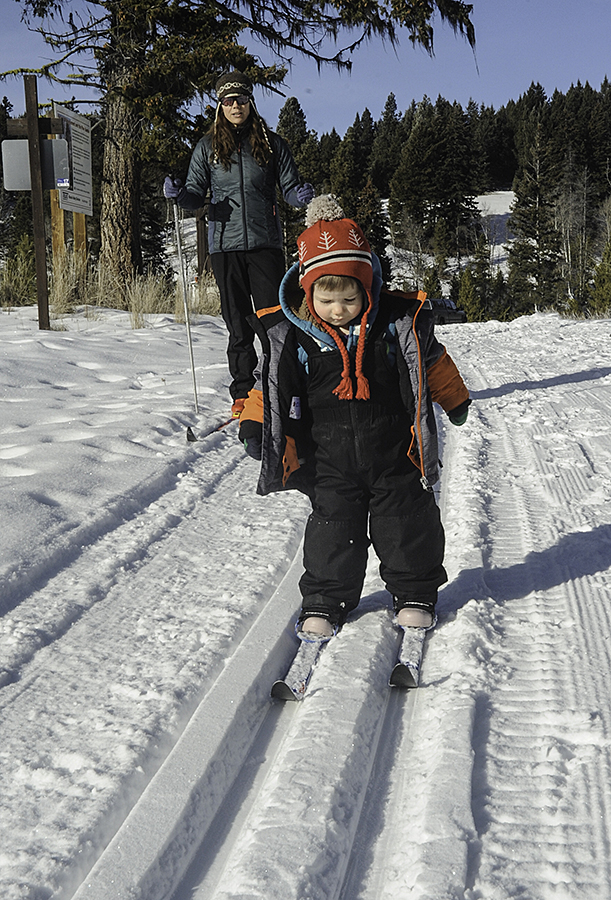 One is never too young to strap on some skis and take to the trails. Photo: © Ian Webster

….. and those just starting their skiing careers. 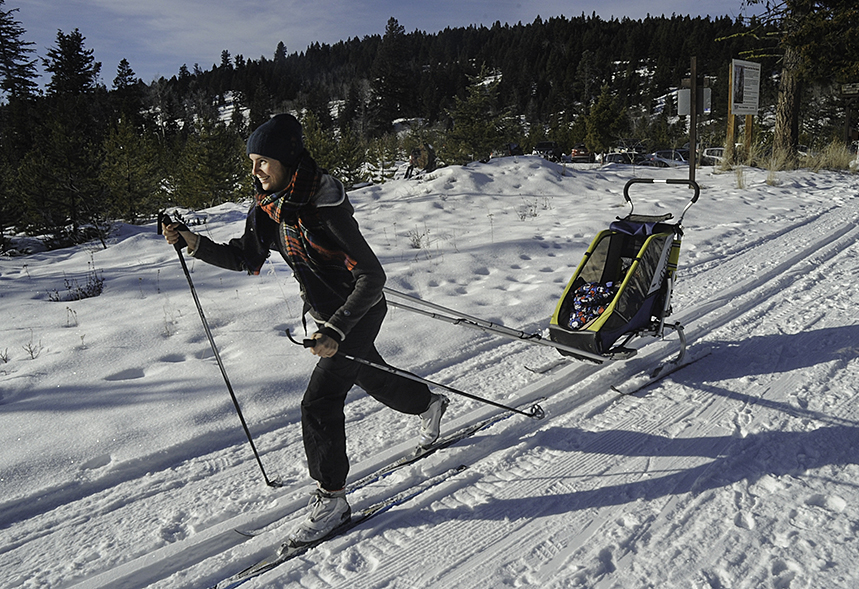 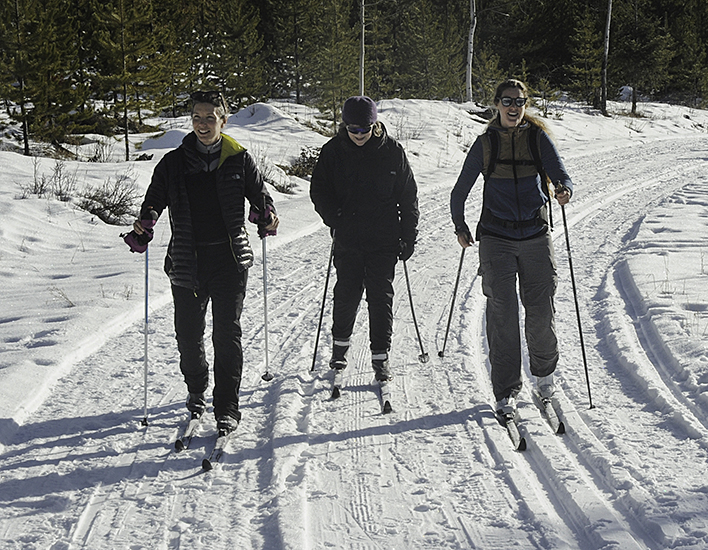 Visitors from the Okanagan join a local Merritonian for a great day of skiing. Photo: © Ian Webster 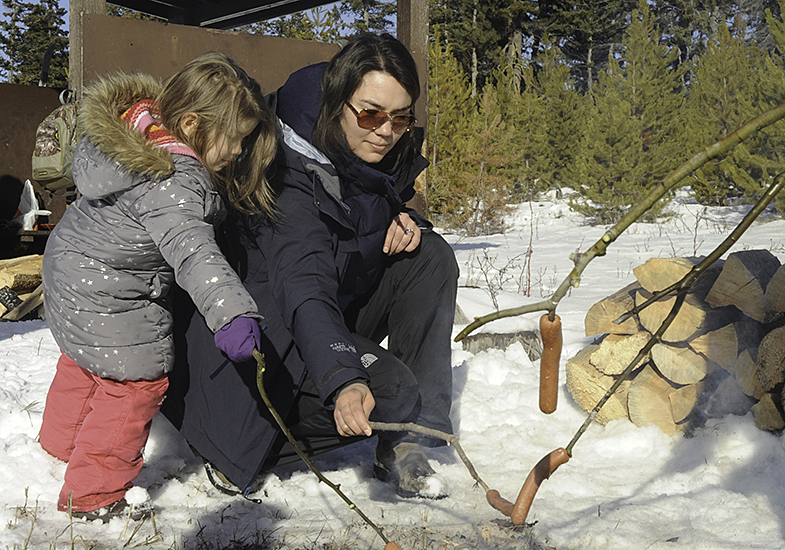 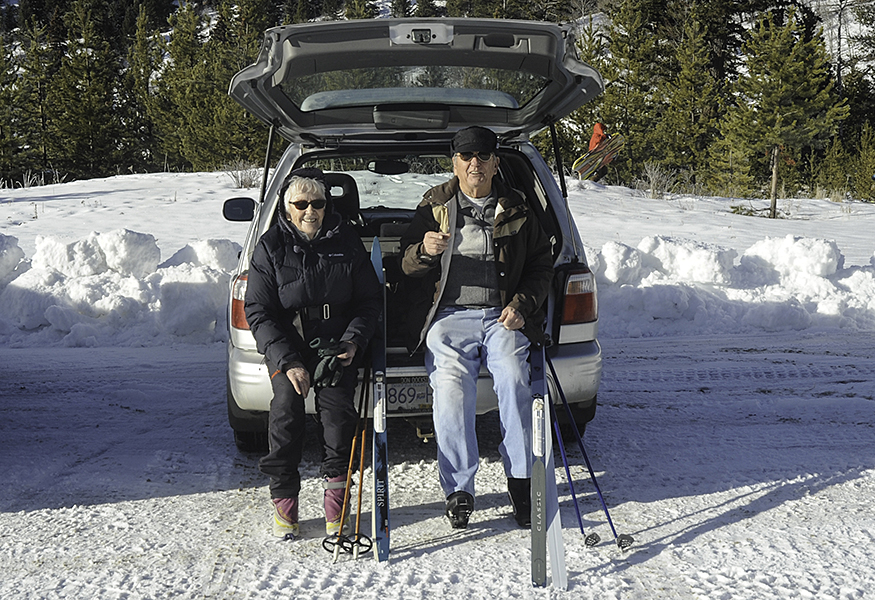